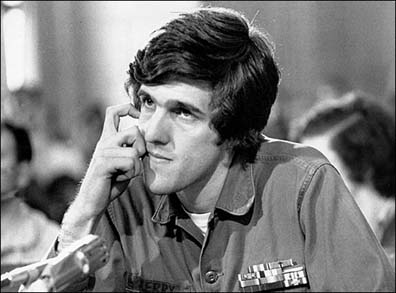 John Kerry, then director of Vietnam Veterans Against the War, testifies before the Senate Foreign Relations Committee on April 22, 1971

Last Thursday, I took a flight to Hanoi. An American tourist in Vietnam, I know, is a remarkably unremarkable thing, but for those of a certain age, the past poses questions for the present.

Before they become the two top members of the United States’ foreign policy team, Mr Kerry and Mr Hagel face the scrutiny of a third senator, Mr John McCain, a key figure in the nomination process and a respected foreign policy sage.

The three men have a war in common. Back in 1969, Mr Kerry was commanding a riverboat in South Vietnam. Mr Hagel had just served in the same infantry squad as his younger brother, Tom. Mr McCain was two years into his five-and-a-half year stint as a prisoner of war in Hanoi.

That same year I was 10, growing up in the safety and comfort of a small American town. Only occasionally did I hear the word Vietnam, generally in the context of someone we knew, a cousin we loved or friends of my older siblings, getting sent there. Continue reading …